Save money with the right decision on licence conversion

For many companies the switch to S/4HANA increases their anxiety about high costs. According to the Lünendonk study “With S/4HANA into the digital future – status, goals and trends with the implementation of S/4HANA in German speaking countries” (September 2019) over 62% of companies don’t yet know what their exact licence needs are and are therefore unsettled by the implications of the change.

In all probability a significant shortcoming here lies in how the new licence model is communicated and in a lack of understanding about exactly how it works. It is therefore self-explanatory that 73% of IT decision makers polled expect their partners in the area of licence management to have expert knowledge of this field in order to remove any doubt. SAP ECC users have until 2027 to make the change but they should already be thinking hard now about how they want to organize this change.

With its specialist unit in the area of SAP licences Scheer GmbH has many years of experience with SAP licence models and in the following article will take away any fears you may have about the switch to S/4HANA.

Where product conversion is chosen customers using SAP S/4HANA Enterprise Management for ERP buy the right to use the software. The original SAP ERP contract remains for the most part valid and is made „SAP S/4HANA ready“ by the additional purchase of S/4HANA licence components only and the transition to the SAP HANA database:

On the one hand, as already mentioned, the SAP HANA database licence needs to be purchased. Most customers elect to buy the Runtime edition and the price is calculated from the current HANA software application value (HSAV) of the SAP licences. Costs for AnyDB (e.g. MS-SQL, DB/2, Oracle) are not included. The alternative choice of a full-use HANA licence is seldom considered by small-medium sized businesses. The current database is also de-coupled technically from the HANA database so as to avoid doubling up on maintenance payments. Costs for the HANA database are calculated at 15% of the previous software application value (excl. the previous database).

In addition, the previous licences must be converted. Currently, and with payment of a so-called flat fee, SAP is offering the possibility of buying user rights for SAP S/4HANA on the basis of the existing ECC licences. This way the existing SAP ERP licences are converted into SAP S/4HANA licences. The existing maintenance arrangements, as well as the users and the commercially neutral solutions (meaning traditional solutions not “replaced” by S/4HANA, such as SAP single sign-on for example) remain in place. For each traditional product there is an S/4HANA successor which replaces it (e.g. “SAP Incentive & Commission Mgt. for Insurance” is replaced by “SAP S/4HANA ICM for Insurance”).

The engines alone – the LoB (Lines of Business) and SAP’s industry solutions such as Cash Management, Enterprise Product Engineering and Advanced Available-to-Promise and so on, which are not included in the S/4HANA core system –  are excepted from this principle and must be separately licenced. But here also, credits may be possible.

For the majority of solutions an equivalent SAP S/4HANA successor has been defined and designated, along with information on when it can be implemented. Should this not be the case for one of your solutions, you should refer regularly to the SAP roadmap for information on its development.

A contract conversion involves the complete conversion of the contract, offering the customer a unique opportunity to put a pure S/4HANA contract in place, along with an update of the commercially neutral products.    In the past changes in company structure or in strategy may have led to over-licensing which has in the meantime resulted in unnecessary costs (e.g. maintenance). As you cannot simply exchange, or return licences with SAP a contract conversion offers a one-off opportunity to unburden yourself of unused SAP licences (so-called “shelf-ware”) and to include products in a new contract that you really need, both today and in the future.

The new licence model no longer uses „named users“ as the basis for its calculation, rather it uses “user metrics”. “User metrics” covers the number of active users working with your licenced system. SAP uses the so-called “milkshake approach” for the conversion process. You could describe it metaphorically as all the old licences being mixed together in a single “pot” and subsequently being replaced by a new licence agreement. A BOM (Bill of Material) is created for the new licence agreement and this covers the licences you need now and in the future.

At this point any worries you have about significant costs can be taken away as the costs of the newly aggregated licence list are offset against the existing licences, with only the difference in both totals to pay. The existing licence inventory can be offset by up to 100%.

The choice between product conversion and contract conversion is one made mostly at the end of the decision making process when all your exact needs have been identified. This is also part of the preparation of each SAP S/4HANA roadmap and must be looked at individually for each customer.

The right choice will not only significantly optimize your use of the SAP software but may also result in significant cost savings.

Scheer can help you in your search for the optimal solution.

Our team of experts is available to you at any time should you have any questions. Please contact us for a no-obligation consultation. 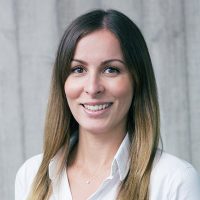