A recent survey, conducted in 2021 among 169 members of the SAPinsider community, showed that only 23% of them have no plans for SAP S/4HANA adoption. The remaining 77% are either already using SAP S/4HANA, are currently implementing it, or are evaluating the business case. A similar survey, conducted in 2019, revealed that 74% of DSAG (Deutschsprachige SAP-Anwendergruppe e.V.) members are considering a move to SAP S/4HANA. These results demonstrate that companies are aware that using SAP S/4HANA will enable them to complete their digital transformation faster.

However, although the migration to SAP S/4HANA enables companies to reach their ultimate goal of digital transformation more efficiently, the complexity of the migration is often underestimated. This can result in unrealistic timelines, budget overspending, or a target architecture that is not designed for process optimization and innovation. In this first in a series of two blog posts, we will describe the causes of this complexity and the challenges that companies face during the preparations for transformation and the implementation itself.

Many roads lead to Rome

The complexity arises due to the different SAP S/4HANA deployment options and transition paths. There are two “flavors” of SAP S/4HANA: SAP S/4HANA On Premises (AnyPremise) and SAP S/4HANA Cloud edition. While both of them are based on the same data model, they differ in their semantics, user experience, and deployment options. While the SAP S/4HANA On Premises edition can be deployed both on premise and in a cloud, the cloud edition can only be deployed in a cloud, as the name entails. Furthermore, there are three different cloud options: public, private, and hybrid.

In general, there are three different transformation paths:

An initial implementation (often called “greenfield”) is the first option, the only one for new SAP customers. But if you are already an SAP user and you are running the SAP ECC 6.0 system, this might be the right option for you if you want to implement a standard solution based on SAP best practices. At the same time, this option is also flexible and enables you to adopt innovations, especially if your transformation is business-driven.

The conversion of an existing SAP ECC 6.0 system (“brownfield” migration) is the second option, which usually requires lower effort and a shorter implementation time than the first option. If the migration is IT-driven and you want to maintain the existing business processes, customizing, and custom-developed code, this might be the option for you. However, it comes with the limitation that the target SAP S/4HANA edition cannot be the Cloud edition.

As the third possibility, if you have a complex landscape that consists of both SAP and non-SAP applications, for example, and you want to consolidate, migrate data selectively, or do a custom redesign of your business, application, or technology architecture, you can conduct a landscape transformation (also called “hybrid” or “BLUEFIELD™” migration). Since this is a complex path, you have to carefully plan it and take good care to mitigate all risks.

A careful selection of the deployment options and the implementation of compliant architecture along the chosen transformation path are topics related to architecture due diligence and governance. While this is usually at the top of the list of concerns, they are not the only issues.

Make the most of all the technical potential

Make the most of all the technical potential

SAP S/4HANA comes with innovative technologies, such as in-memory computing and UX, and simplified business operating models, such as SAP Best Practices and the SAP Model Company, that help companies with their digital transformation. While “digital transformation” might be a loose term, a failure to leverage the opportunities to utilize these innovations can slow down the digital transformation process. However, there is another set of challenges on this path. 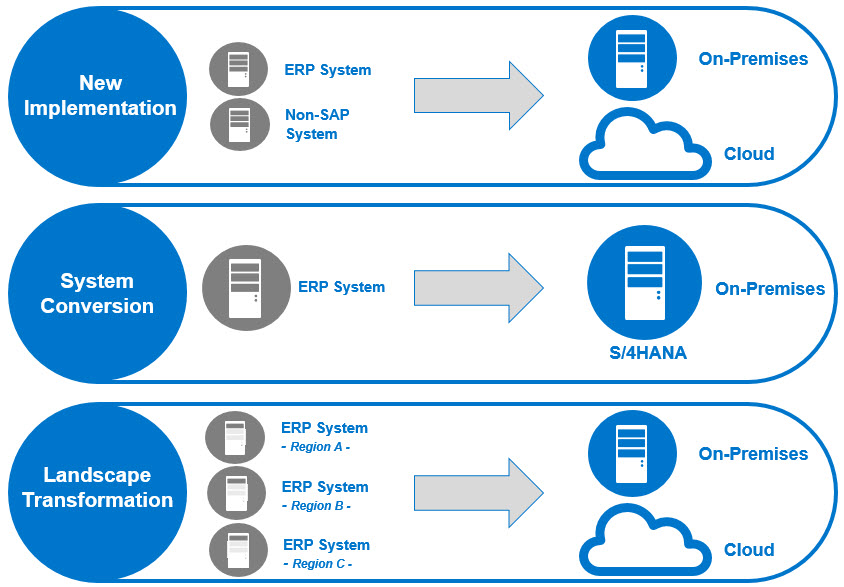 The most significant innovation that SAP S/4HANA leverages in the technology area is in-memory computing. It results in improvements in data manipulation performance, whether the processes involve data preparation, aggregation, reconciliation, or replication. However, the benefits of this technology can only be captured fully if business processes are redesigned to utilize the technology improvements. This is a challenge that every company that implements SAP S/4HANA has to face. In addition to the in-memory computing technology, the simplified data model in SAP S/4HANA compared to SAP ECC, as well as embedded analytics as a model for operational reporting, enables companies to execute business processes and practices more efficiently, including analytics and reporting. It makes sense to put some effort into analyzing the existing processes and practices, which are based on limitations of the older technologies, and the needs that were not met due to these limitations.

Furthermore, SAP Fiori, a technology that already existed in SAP ECC but which became more prominent with SAP S/4HANA, delivers a new role-based user experience for SAP S/4HANA across all lines of business, focusing on the way employees perform their daily work activities. It delivers the innovations of SAP S/4HANA to business users and is the preferred way method for all new implementations of SAP S/4HANA. It is therefore very important to start thinking about using and implementing SAP Fiori apps at the very beginning of an SAP S/4HANA implementation or migration project, or even as a part of preparation activities to establish an adoption strategy. 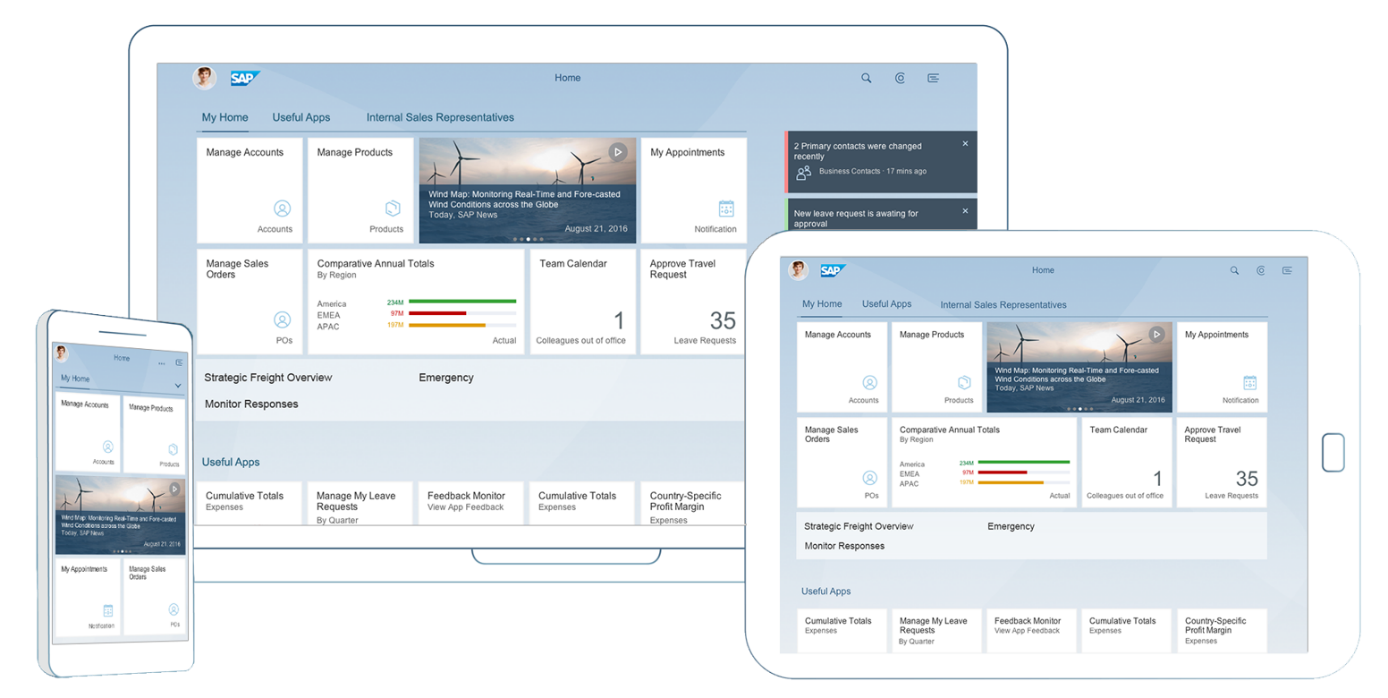 It can be challenging to find a suitable SAP S/4HANA deployment option among the various and complex options. The selection of the most appropriate option depends on a company’s budget and timeframe, as well as its current situation and the desired future state. Since each implementation method has its own particular challenges, it is advisable to plan carefully. Highly trained external consultants can help mitigate risks. In addition to an experienced implementation team, it is important to familiarize end-users with the advantages that SAP S/4HANA brings to the table. Furthermore, the usage of SAP Fiori simplifies the user experience for SAP applications on any device.

In part two of this series, we will deal with the challenges that are specific to the SAP S/4HANA conversion (“brownfield” migration). 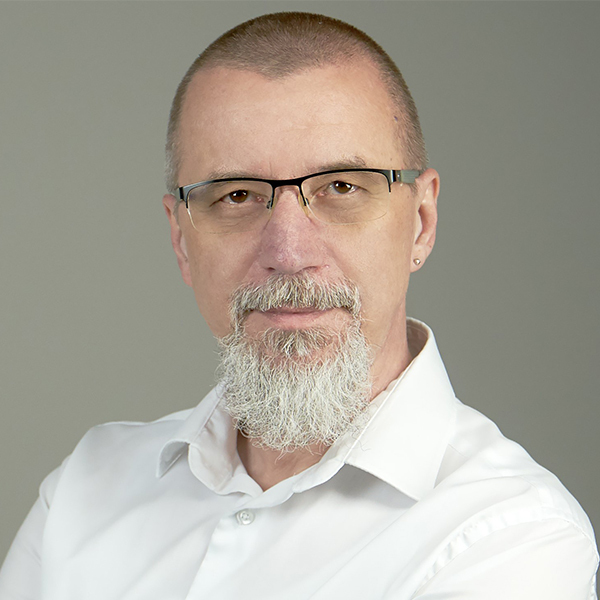